Val Sawdy stood down after 5 years as Chair of the Group and Richard Ayres was elected to succeed her as Chair, with Julie and Alan Davies elected as Vice-Chairpersons.

Thanks to all our organisers!

We couldn't do it without you and your efforts are very much appreciated.

If you missed the event, you can still donate to our local Fundraising.

We're not around right now. But you can send us an email and we'll get back to you, asap. 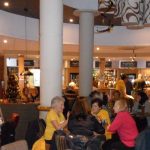 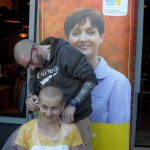